Agriculture and pottery: new insights from prehistoric Europe and Africa 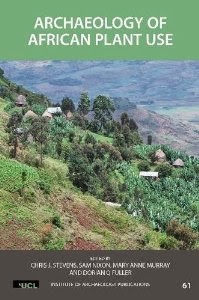 A new study that I conducted with a colleague at University College London, Prof. Dorian Fuller, has just been published (McClatchie and Fuller 2014).  Our research paper can be found in a monograph entitled "Archaeology of African plant use", which is the first major synthesis of African archaeobotany in several decades. The monograph explores interactions with plants as humans evolved from primates through to the complex societies of Africa -- including Egypt, the Buganda Kingdom and southern African polities -- and other regions. The monograph contains research papers from more than 30 scholars in 12 countries. My paper with Prof. Fuller brings an international flavour to the monograph through analysis of plant remains from both Europe and Africa in a paper entitled "Leaving a lasting impression: arable economies and cereal impressions in Africa and Europe".

Previous studies of ancient crop production throughout the world often utilised evidence from cereal impressions in ceramic vessels. Cereal components (grains and chaff) can become incorporated into ceramic vessels during manufacture. Cereals may have been used as temper (to strengthen the fabric of the vessel), as decoration or inadvertently incorporated (the cereals were simply in the vicinity of where the pot was being constructed). Once incorporated, the cereals can become preserved through charring or destroyed during the firing of a pot, leaving morphologically identifiable impressions in the fabric of the vessel. Ancient pots displaying these impressions can be examined by an archaeobotanist, who may be able to identify the the types of cereals represented.

It has been suggested that the frequency of cereal types in ceramic vessels reflects the relative economic importance of each crop. We argue that a variety of processes and behavioural patterns affected how cereals were incorporated into ceramic vessels.

We examined evidence from Bronze Age Ireland, Late Stone Age and Iron Age Mali, Mauritania and Nigeria, and finally Mesolithic and Neolithic material from Sudan. We found that although a variety of crops was consumed in each region, only certain cereal types were being incorporated into the pots. We suggest that this is influenced by how potting and cereal processing was organised.

Charred plant remains recovered from soil samples at archaeological excavations are instead a much better indicator of the economic importance of different types of cereals in past societies.