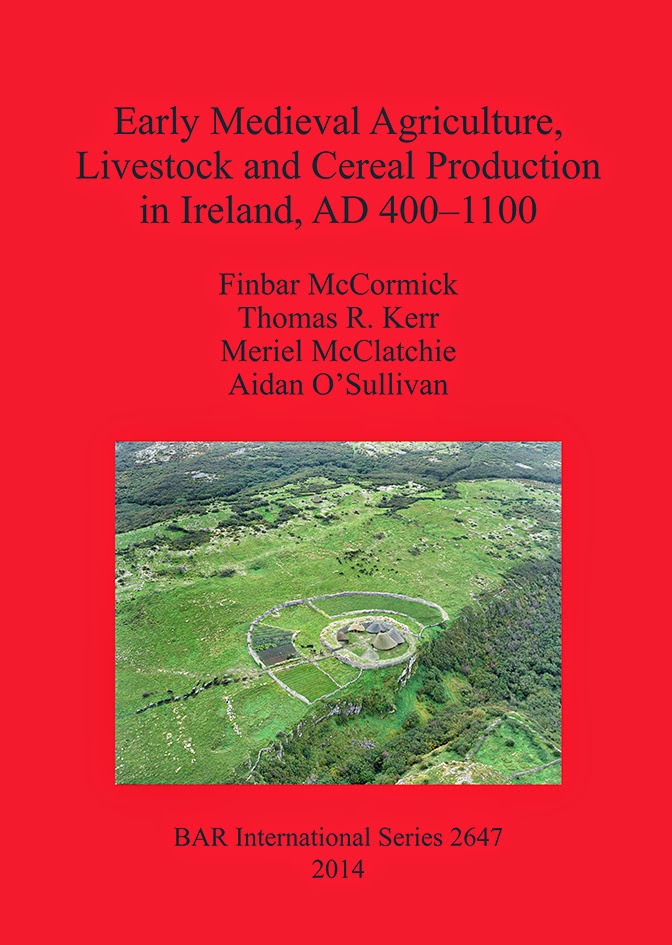 Together with my collaborators at University College Dublin and Queen’s University Belfast, I am delighted to see that our new book on agriculture in early medieval Ireland has been published. The book details results from a major research project on archaeological evidence for animals and plants in Ireland during the period AD 400—1100. Agriculture is an important aspect of Irish identity today, and it is fascinating to discover that we had a thriving agricultural landscape on the island more than 1000 years ago.

The project
This project formed part of the Heritage Council-funded Early Medieval Archaeology Project (EMAP), a collaborative research initiative between University College Dublin and Queen's University Belfast, supported by the state Department of Arts, Heritage and the Gaeltacht in the Republic of Ireland. The project brought together experts in early medieval settlement, animal husbandry and crop cultivation, providing a great opportunity to collaborate and compare results from different types of evidence.

The research
The early medieval period was a time of enormous economic and social change across western Europe. Key amongst these changes were innovations in agriculture, enabling food production on an unprecedented scale. In Ireland, careful scientific work over the past few decades has revealed extensive, high-quality evidence for farming, mainly in the form of preserved animal bones and the grains, chaff and seeds of plants. We also have widespread archaeological evidence for farming, including the remains of farmsteads, field enclosures, kilns and mills. This book brings together this detailed evidence for the first time, revealing new insights into what was being farmed, how farming was undertaken, and what these activities meant for broader society.

New discoveries: legumes
Some of the new discoveries detailed in our book relate to regional differences in early medieval agriculture. I am particularly curious about legumes (such as peas and beans), and I was interested to learn that evidence for legumes was restricted to the east and south of Ireland. Indeed, the east and south displayed more diversity in all types of crops when compared with other regions. Perhaps the soils and climate in the east and south were better suited to arable farming, much as they are today. The management of crops (including soil preparation and application of manures) and cultural preferences would also have played a role in distinguishing who grew legumes and why.

Back to the modern day, and I am looking forward to the harvest of pea plants in my own garden, reflecting on the fact that I am continuing a practice that has a very long history in Ireland.