Climate change in the past: presenting research in Paris 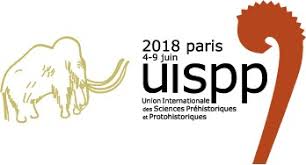 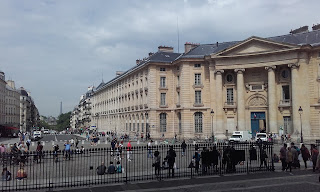 I participated in a fascinating conference in Paris earlier this month. The International Union of Prehistoric and Protohistoric Sciences (Union Internationale des Sciences Préhistoriques et Protohistoriques – UISPP) was founded in Bern in 1931. This organisation focuses on scientific studies of prehistoric and protohistoric materials, including archaeology, anthropology, palaeontology, geology, zoology, archaeobotany, zooarchaeology, environmental sciences, physics, chemistry, geography, history, numismatics, epigraphy and mathematics. The 18th UISPP world congress took place in Paris from 3rd to 9th June 2018. It was an enormous conference, held at the Université Paris 1 Panthéon-Sorbonne, with parallel sessions on many different aspects of archaeological science, incorporating both practice and theory.

I presented research in a session entitled "Climatic variability and societal responses during the Metal Ages in Europe and the Mediterranean (3000-300 BC)". The co-authored paper was entitled "Agricultural strategies and climate change in later prehistoric northern Europe", and it detailed some of the results from an INSTAR-funded research project: “Settlement and Landscape in Later Prehistoric Ireland – Seeing beyond the site”. This project has brought together an inter-disciplinary team to contextualise the archaeology of Late Bronze Age and Iron Age Ireland within its contemporary prehistoric landscape, focusing on farming strategies and broader landscape interactions. My role on the project is to explore archaeobotanical and zooarchaeological data. 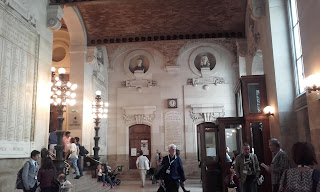 Our "Seeing beyond the site" paper in Paris revealed results from collation and analysis of archaeobotanical and zooarchaeological data, focusing on south-east Ireland during the Late Bronze Age and Iron Age. We explored farming practices in the context of changing climates and environments, and within the broader context of northern Europe. Now we intend to write up the results for publication in a major journal -- one of my many tasks for this summer!
Posted by Meriel McClatchie at 12:21