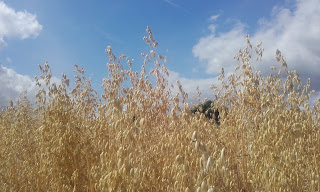 I am very excited about my role in a new research project that started at the beginning of this month. The project is taking a multi-disciplinary approach to exploring what was on the dinner table before the arrival of the potato into Ireland. I am a Project Partner in in the five-year project, which was awarded €1.5 million funding from the ERC (European Research Council). The project is entitled “Food, Culture and Identity in Ireland, 1550–1650” (FOODCULT) and is led by a historian, Dr Susan Flavin (Trinity College Dublin), who is bringing together historians, archaeologists and scientists to investigate what was eaten, where, why and by whom, at a level never before attempted in Europe (McClatchie, in press).


The Irish diet underwent significant changes during the 16th and 17th centuries, particularly at the dining tables of the elites, reflecting changes in both locally produced and imported foods. Dr Flavin has undertaken extensive research into historical evidence for food in early modern Ireland (Flavin 2014). During this period of political and cultural change, she has highlighted the important role that food and drink played in constructing and maintaining social identities. This was a time when trade was booming, and there was also movement of peoples into Ireland from neighbouring countries, such as England, Scotland, Wales, France and the Netherlands. During this dynamic period, a wide range of imported luxury foods were enjoyed in the homes of elites, including sugar, turkeys, pineapples and artichokes. Flavin has also revealed how new ways of ‘civilised’ eating and drinking came to be accepted by some individuals, including in the lower classes of society. Written records of consumption from this period focus mainly on Ireland’s wealthy households, however, and offer fewer details of the average diet.

The FOODCULT project is addressing this issue by undertaking a detailed investigation of archaeological evidence, which can provide insights across a greater variety of social contexts. In recent decades, many archaeological excavations across Ireland have unearthed the actual remains of foods – often comprising charred seeds and animal bone – and food-related objects. As part of the FOODCULT project, my team at UCD School of Archaeology will explore a variety of datasets – archaeobotanical, zooarchaeological and artefact data from completed excavations – to develop new understandings of food preferences across time and space. The UCD team will work closely with members of the wider project team, comprising historians, environmental archaeologists, isotope analysts, residue analysts and data modellers from other institutions in Europe. This multi-disciplinary approach will enable an unprecedented level of investigation into diet and food culture in 16th and 17th century Ireland, allowing the team to map social, regional and temporal patterns, and provide new insights into broader societal change during this important time in Ireland’s history.

Posted by Meriel McClatchie at 11:50